"It's heartwarming, laugh-out-loud funny and oftentimes remarkably sentimental without being mawkish or maudlin", "Motherhood the Musical is just freakin' funny, but it has so much heart that it still packs an emotional wallop." – BroadwayWorld.com

Motherhood Around The World

Having a baby is just the beginning…motherhood is for life 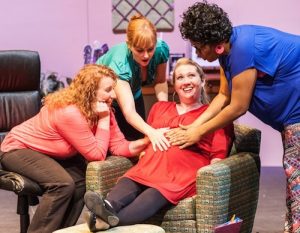 In the original play Motherhood The Musical, four women share their insights, challenges and pleasures at a baby shower. In 90 minutes of fun, you’ll get a peek into the powerful friendship of Amy, a soon-to-be first-time mom; Brooke, a hard-working lawyer; Barb, a stressed-out mother of five; and Tina, a single mom seeking to balance work, her family and her divorce.

The musical, which has 20 original songs, all written or co-written by Fabisch, includes the hilarious Billboard Top 10 comedy hit, “The Kids Are Finally Asleep;” the rousing call-to-shoppers, “Costco Queen;” and the tender ballad, “I’m Danny’s Mom.” 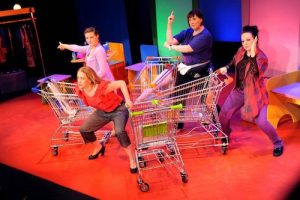 The 4-woman show runs 90 minutes with no intermission.  The award-winning Johnny Rodgers (who co-wrote several of the show-stopping tunes with Fabisch) supplied music direction, supervision and arrangements for the fully-orchestrated backing tracks available for use.

Motherhood the Musical is the rare show that audiences can relate to.  After all, Motherhood is the same around the world.  Domestic and international audiences alike can actually ‘see’ themselves on stage through the cast’s portrayal of common experiences all moms have. From being pregnant to succumbing to driving a minivan, from facing an empty nest to anxiously awaiting one’s first grandchild, the musical really covers the entire wonderful, crazy journey of being a mom.  Anyone who has ever been a parent--fathers as well as mothers-- can relate to this show. 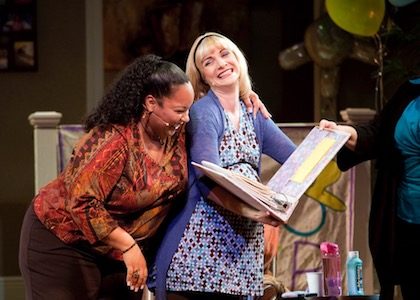 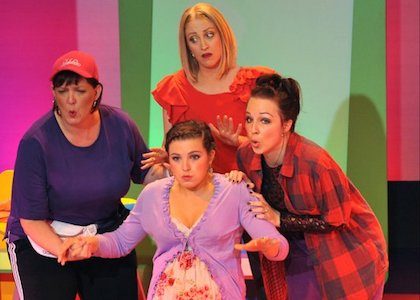 • Everything else! – Sue Fabisch 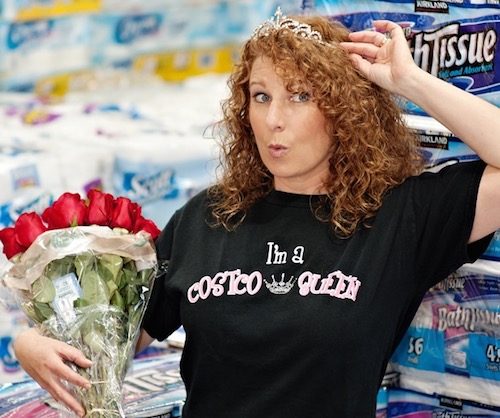 Sue Fabisch is the author (book, music, lyrics) of Motherhood the Musical, which has played across the US, Scotland and a 2-year tour around Australia (twice!)  Other shows include the musical David Michael Finkelstein’s Bar Mitzvah, the children’s musical Poppy’s Pizza Palace and a brand-new two-woman comedy Me & My SMother.

An award winning songwriter for other artists, her songs have reached the #1 spot on Radio Disney.  Sue’s own album hit the Top 10 spot on Billboard Magazine’s Comedy Chart and her CD “The Avon Lady Album”, featuring songs to inspire and motivate Avon Ladies, was marketed by Avon for their 3 million representatives worldwide.

Formerly from New Jersey, Sue has three kids (four if you count her husband), and lives in Nashville, TN.  For more information, visit www.MommyMusic.com

Johnny Rodgers is an internationally celebrated singer-songwriter, pianist, Broadway veteran, recording artist and an Ambassador of American Music for the U.S. Department of State. Johnny has earned New York’s Nightlife, Bistro and MAC awards for performances at Carnegie Hall, Jazz at Lincoln Center, Oak Room at the Algonquin Hotel, Feinstein’s at Loews Regency, and other premiere clubs. His songwriting has been recognized with Billboard and ASCAP Foundation awards.
www.JohnnyRodgers.com 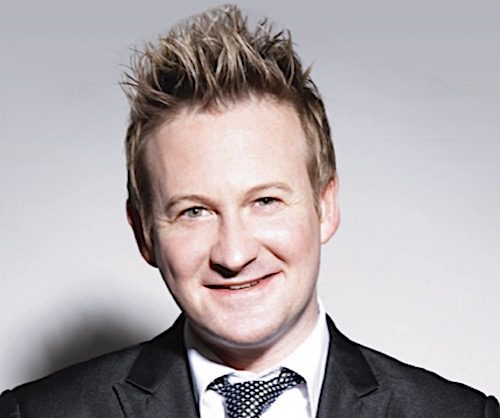 From critics around the world:

“When it’s not cracking wise, which is most of the time, “Motherhood” is a slick, polished work”
Variety
“It’s heartwarming, laugh-out-loud funny and oftentimes remarkably sentimental without being mawkish or maudlin”, “Motherhood the Musical is just freakin’ funny, but it has so much heart that it still packs an emotional wallop.”
BroadwayWorld.com
“It’s a comedy roast of motherhood, jam-packed with over 20 songs all within an hour and a half of pure entertainment” .
The Column, Dallas TX
“There’s no denying the fun of this lighthearted musical!”
The Tennessean
“If you’re a mother, or have a mother, this show is a hoot to watch: young and old all can relate to it.”
Arts Hub, Melbourne, Australia
“Finely polished Motherhood the Musical is a smash hit with big potential”
S. Fla Theater Review
“Sue Fabisch pushed the diaper-stuffed envelope with her hilarious show, Motherhood the Musical. Rather than resting her laurels on the usual mommy experiences to get a laugh, the Nashville-based songwriter put some muscle into this baby.”
Tampa Tribune
“Amid the humour in Sue Fabisch’s beautifully written script and lyrics is an emotional rollercoaster.”
Melbourne Observer 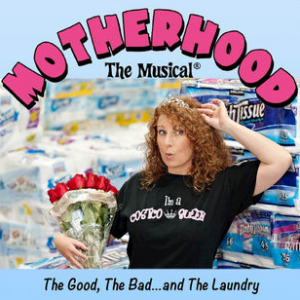